Stonewave is featured again in this months NWI Entertainer!!

Check out the "2016 Local Album Review" and "Northwest Indiana Plugged In" sections by John King and Rick Jensen featuring Stonewave. 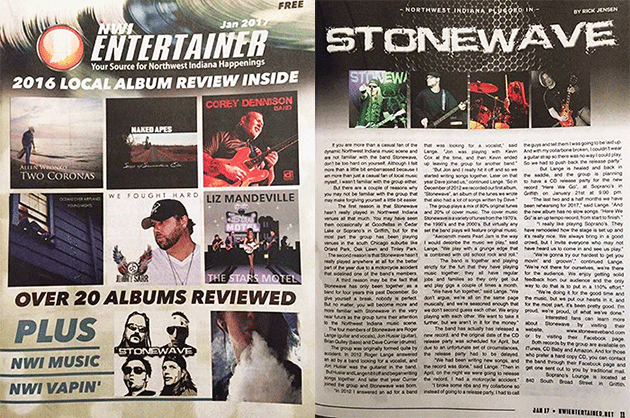 Tune in tonight to "Livin' It Up Radio" w/ John King, featuring STONEWAVE. 7PM on WVLP 103.1 FM, or stream it LIVE at www.wvlp.org.

MARK YOUR CALENDARS! Stonewave "HERE WE GO!" CD Release Party at Sopranos in Griffith, IN.

Check out Stonewave in this months NWI Entertainer "Plugged In" section!! 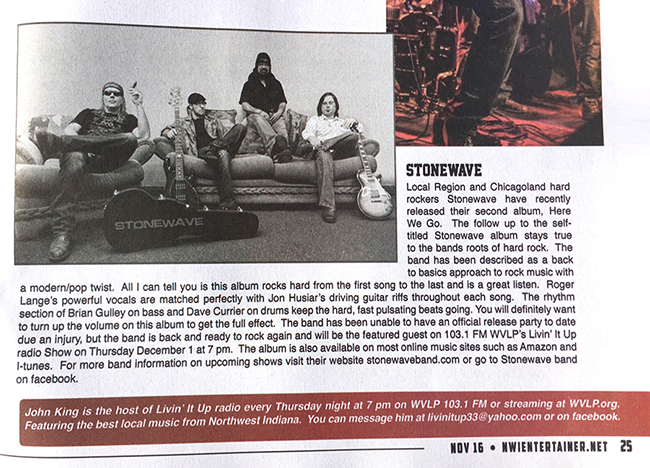 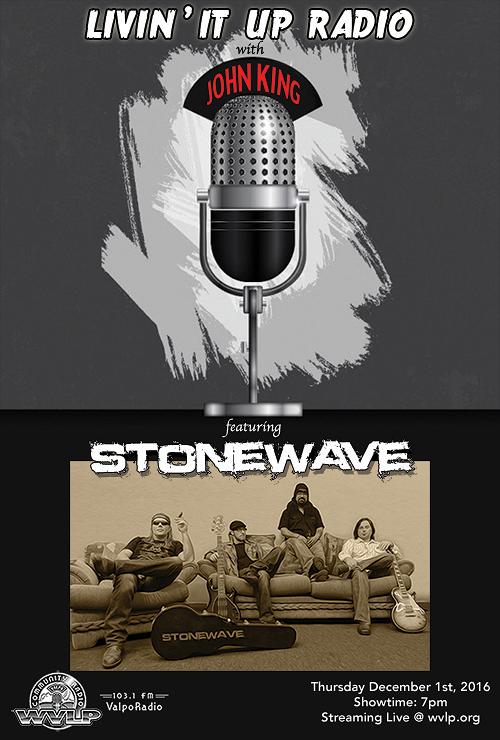 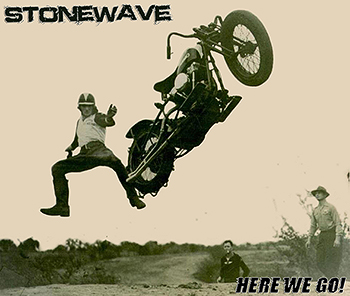 Go to our Music Page to get your copy!

"Here We Go!" will also be avaiable at all Stonewave shows.

Stonewave will be releasing their 2nd album "HERE WE GO!" in the next few weeks. Stay tuned for more info...

MORE DATES TO BE ANNOUNCED... 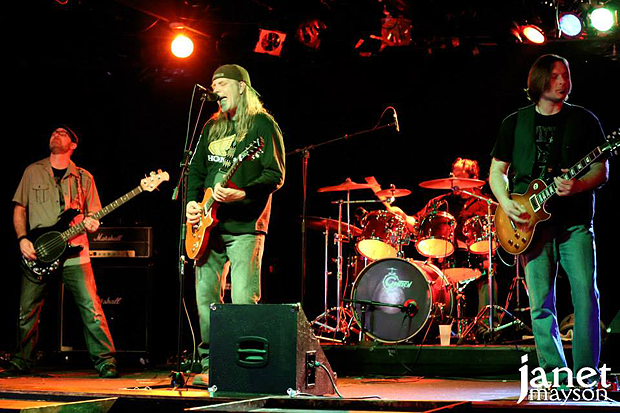 Stonewave is currently in the studio working on their second full length record. Although no release date has been announced, the band is pushing for a Summer 2015 release. Stay tuned for more details...

The band is currently booking dates as well. Check their SHOWS page to catch the band near you!

This Sunday ROCK THE HOUSE with 17 bands including Stonewave!

A day and night of music to raise funds for the Valparaiso Memorial Opera House. 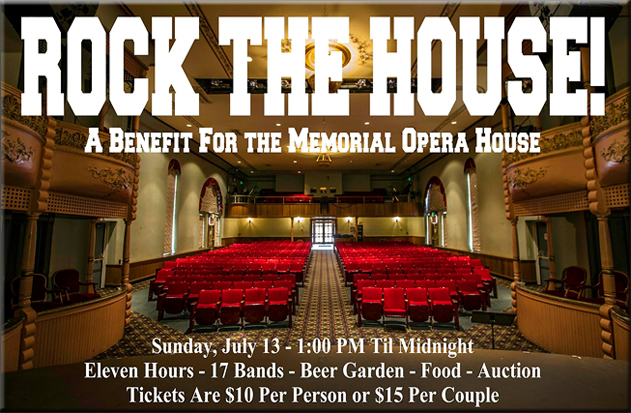 GET YOUR COPY NOW!!